Taylor Dolven is a reporter at the Miami Herald based in Miami, FL covering the tourism industry on the business desk. Her work has exposed safety lapses in the wake of a plane crash at MIA’s biggest cargo airline, environmental violations by Carnival Corporation while the company was on criminal probation, how Airbnb is worsening Miami’s housing shortage by taking affordable units off the rental market, how hotels misled city government about the price of panic buttons for housekeepers, and how the cruise industry continued to operate after COVID-19 outbreaks on multiple ships and warnings from public health officials, among other things.

Previously, she was a reporter at Vice News in Brooklyn, NY, where she won a Front Page Award from the Newswomen’s Club of NY for a national investigation of police shootings. 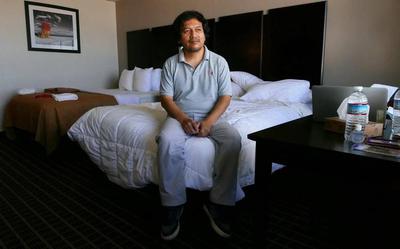 An injured Royal Caribbean Group crew member, Paúl Córdova, 48, has been living in South Florida hotels since January. For 95 days, he has repeatedly asked the Miami-based company to send him home to Peru, where his wife and two teenage children are waiting for him. Though five repatriation flights for crew members have left since April, the company either did not respond to his pleas or said his repatriation was impossible at the time. Córdova has become yet another casualty of the cruise industry’s chaotic journey through the COVID-19 pandemic. His name could be added to a list of more than 100,000 cruise ship workers who have spent months stranded away from their families. 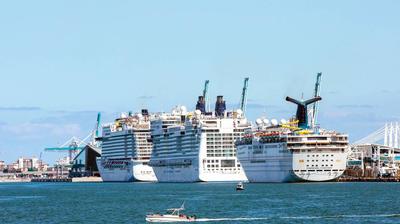 After the cruise industry shut down in mid-March, dozens of ships could be spotted lingering off the Miami Beach coast or moving in and out of PortMiami each day. More than five months later, as cruises remain canceled, it’s rare to see even one cruise ship floating off the coast. Many have left U.S. waters — and with that, the scrutiny of the country’s top healthy agency, the U.S. Centers for Disease Control and Prevention. 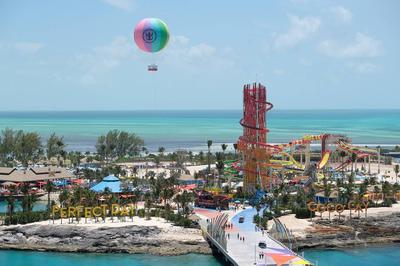 40,000 crew still at sea. Some call for change in cruise-Caribbean relationship

The drawn-out crew repatriation process has underscored the complex relationship between the cruise industry and the Caribbean countries its ships most frequently visit, and reignited the debate about whether countries are getting a fair shake from the industry. 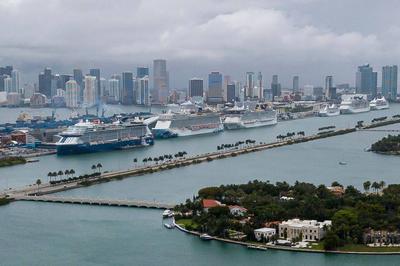 How should cruise companies protect passengers and crew from COVID-19? We asked doctors

The Herald interviewed five doctors — including three who treated COVID-19 patients on cruise ships — about what changes they believe the cruise companies need to implement to protect passengers and crew from COVID-19 if they plan to resume cruises before a vaccine is available. 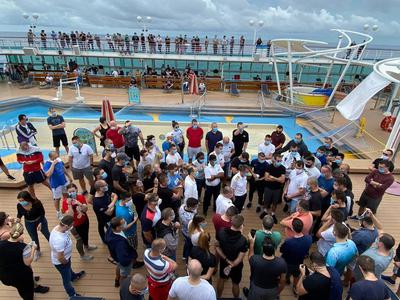 No information. No way off. 100,000 crew members remain in cruise ship limbo for months.

In the avenue of ocean that stretches south from Miami to Cuba and northeast to the Bahamas, dozens of cruise ships sail back and forth. Every so often, they come into Florida ports to refuel and restock. Otherwise, they wait. The crew members on board — many no longer receiving paychecks — wait for news about when they will return home and see their families again. Two months after the cruise industry shut down amid repeated COVID-19 outbreaks on ships, more than 100,000 crew members remain trapped at sea with little reliable information about what will happen to them. 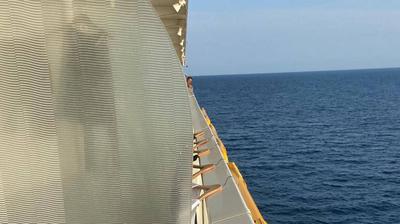 In announcements on several Royal Caribbean ships, captains told crew members that a story published by the Miami Herald on Thursday was untrue, according to audio recordings obtained by the Miami Herald. That story said that cruise executives were refusing to sign agreements with the U.S. Centers for Disease Control and Prevention that would allow crew members to disembark and be repatriated. In an interview Friday, an official from the CDC reiterated that it is allowing crew members to leave, provided cruise companies agree to CDC rules. 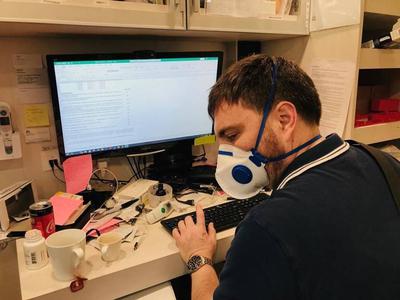 As Aurora Expeditions’ Greg Mortimer cruise ship approached Uruguay in late March seeking permission to disembark sick passengers, the cruise company encouraged the ship’s doctor to downplay the situation on board in his health declaration form, according to internal emails obtained by the Miami Herald. Now that all the passengers have left, the company has fired the top safety officer after he raised concerns about taking the ship on a three-week journey to Europe before repatriating crew. 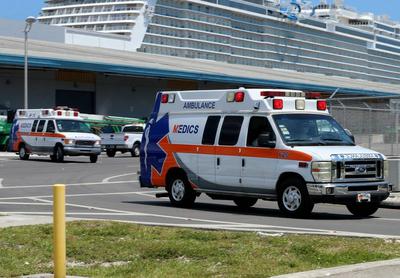 Cruise ships sailed on despite the coronavirus. Thousands of people paid the price.

As the coronavirus spread across the world in early 2020, millions of people found themselves in what is now understood to be one of the most dangerous places during a pandemic: a cruise ship. So the Miami Herald began tracking outbreaks on board. Already the numbers are alarming. As of publication, reporters found that at least 2,592 people have tested positive for COVID-19 during or directly after a cruise and at least 65 people have died, according to a database built by the Herald. That is far more than the industry or public health officials have acknowledged. It’s also likely not the complete picture. Just how many passengers and crew got sick or died is impossible to know. Passengers and crew paid the price for the industry’s decision to keep cruising — and the U.S. government’s reluctance to shut it down — even after the danger became apparent in early February. 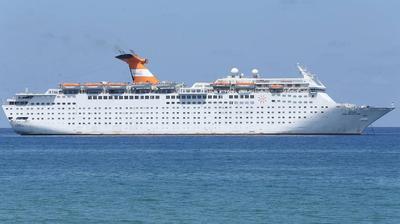 Bahamas Paradise Cruise Line has used threats of jail time and promises of a one-time $1,000 payment to keep crew working without wages during the pandemic aboard its Palm Beach-based cruise ships. 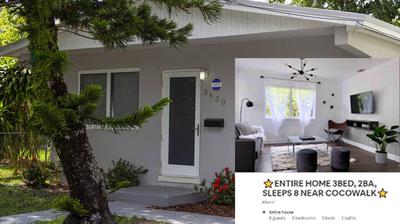 What originally began as a website enabling homeowners to run a viable side gig has morphed into a high-return real estate investment industry. An analysis of Airbnb data available through third-party sites and interviews with Airbnb entrepreneurs found an increasing number of short-term rental companies are converting Miami rentals into full-time residential hotel rooms, leaving locals with fewer rental units. 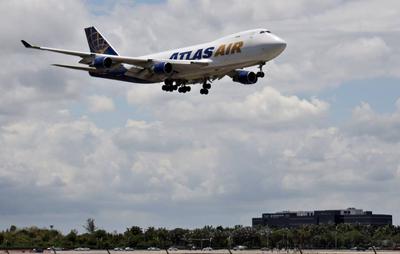 Pilots at MIA’s biggest cargo airline warned execs a crash was coming. Then a plane went down.

As online shopping has boomed, so has business for cargo airlines. The global air cargo industry for U.S. carriers has grown by more than 20 percent in the last five years, measured in revenue ton-miles by the Bureau of Transportation Statistics. In that same time frame, Atlas grew its fleet by 90 percent from 60 planes to 114. The business boost has come with a dark side, according to several Atlas pilots and FAA inspectors. 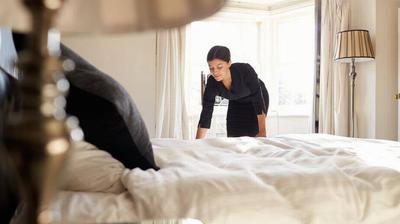 Did hotels inflate the price of panic buttons to try to delay a law protecting workers?

In a bid to get Miami Beach to delay the deadline for installing panic buttons, a lobbyist for South Beach Group Hotels told commissioners last week that the technology would set the company back $250,000 to $500,000 per hotel. The company owns 16 hotels, according to its website. But quotes from Miami-based panic button vendors show that the cost of the systems meant to protect hotel workers from sexual assault and harassment is actually much lower than the hotel company claimed. 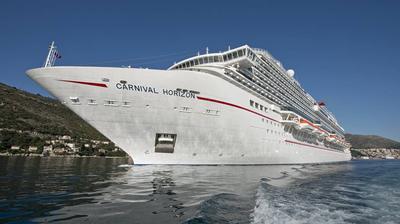 Carnival is on probation for polluting the ocean. They’re still doing it, court records show

In the year after Carnival Corporation was convicted of systematically dumping oily waste into the ocean and lying about it to regulators, its ships illegally discharged more than a half-million gallons of treated sewage, gray water, oil and food waste, and burned heavy fuel oil in ports and waters close to shores around the world, according to a court-appointed monitor.﻿﻿ 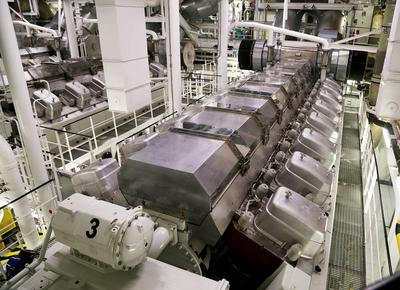 Cruise lines have a solution for a new clean fuel regulation. But is it the greenest option?

With less than a year to go before a 2020 deadline, cruise lines are on track to meet a new international fuel regulation designed to cut down on sulfur. But environmentalists claim the path they have charted amounts to life support for one of the world’s dirtiest fuels. 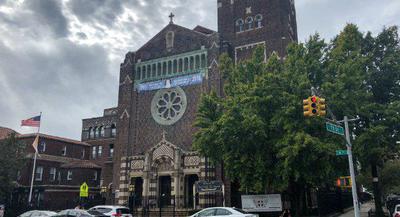 For five years, Father Roberto Cadavid led mass, heard confessions and guided children through the confirmation process as a priest at Catholic churches in Brooklyn and Queens, until he returned to his native Colombia in the summer of 2017. It wasn’t until 10 months later that his old parishioners were informed of why he left the United States: children in Colombia had come forward to accuse Cadavid of sexual abuse. 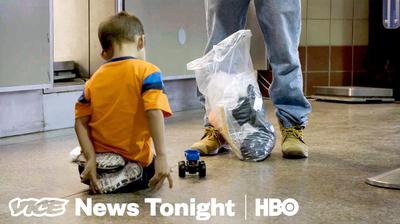 What It's Like For Separated Immigrant Families To Be Reunited (HBO)

Jose was one of a handful of parents reunited with their children on Tuesday at the Eloy Detention Center in Southern Arizona. In one sense, he’s luckier than many of the other parents in his position. While he was in detention, Jose passed a credible fear screening, the first part of his asylum application, which means he could spend several months waiting for the case to wind through the immigration courts. During that time, he can remain outside detention with his son. One of the first things he plans to do is take him to a psychiatrist. 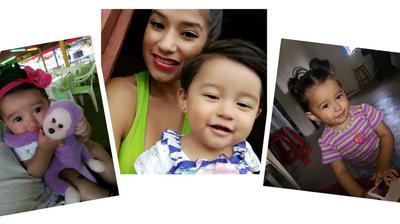 This toddler got sick in ICE detention. Two months later she was dead.

When Yazmin Juárez arrived at the South Texas Family Residential Center, in Dilley, Texas, in March, her 18-month-old daughter, Mariee, was a healthy toddler with plump cheeks who liked dancing and singing with her mother, and was blissfully unaware of her confinement. Six weeks after being released from the facility, relocated to New Jersey, and shuffled between three hospitals, Mariee was finally unhooked from a ventilator and died at Children's Hospital of Philadelphia. 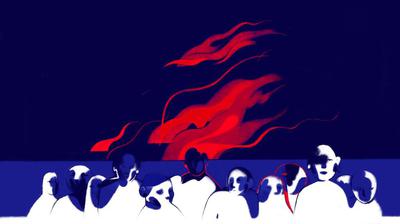 An exclusive analysis of data from the 50 largest local police departments in the United States shows that police shoot Americans more than twice as often as previously known. 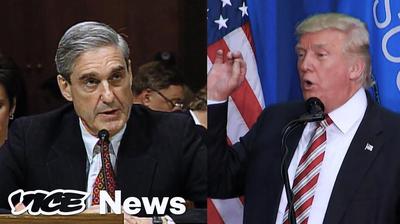 Here's How Much Americans Bitterly Disagree About The Mueller Investigation

We’re officially one year into the Russia investigation and Americans are as divided as ever on the probe. A poll last month showed 82 percent of Democrats said the investigation should continue, compared to just 18 percent of Republicans. To get a sense of why special counsel Robert Mueller’s probe into whether the Trump campaign had anything to do with Russian interference in the 2016 U.S. election is so divisive, VICE News talked to people in two of the most politically polarized counties in the country: Winston County, Alabama, and Bronx County, New York. The former is deeply red, and the latter is deeply blue. 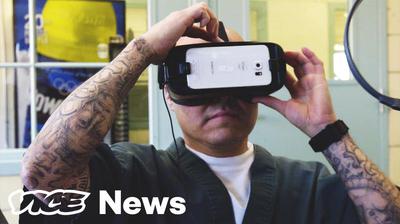 This year, Colorado started an early-release program for people convicted as juveniles who have already served 20 years of their sentences. To get ready for life on the outside, inmates in the three-year program use virtual reality to prepare for stressful situations and practice skills they never learned as teens, like doing laundry and grocery shopping. VICE News visited the medium-security Fremont Correctional Facility as they used VR for the first time.
Load More Articles
Close ✕